Famous African rapper Akon had already been in the news when he announced his plans to build an entire city in his own name in Senegal. Akon, who is an avid crypto enthusiast, has now said that yet another African city will be powered by his own cryptocurrency, Akoin.

The cryptocurrency is now in its beta phase, and once launched later this year will run the Mwale medical and technology city, which is a $2 billion science and tech hub in Western Kenya.

We just announced our partnership with Mwale Medical and Technology City (MMTC) in Western Kenya. #Akoin will process all transactions within the city!

There are as many as 35000 residents in the city, along with homes, resorts, retail outlets, and a 5000-bed hospital named Hamptons Hospital. As of now, the city processes 50 million transactions per year. However, Akon plans to revamp the entire financial structure of the city and make Akoin the primary means of transaction.

In the Blockchain 2020 conference conducted over a Zoom call, Akon said, “I wanted to create something special for African citizens, especially financially, and give them a currency that they can trust and also utilize on a day to day basis.” He further went on to add that he envisions Akon as the primary currency of the African continent as well as other developing nations in the world.

The Akoin cryptocurrency is based on the Stellar blockchain and was initially coined to power the Akon city. It has been more than a year that the city’s construction began, and is now 85% completed. While it is being speculated by some advocates of Akoin that the platform will serve for more than 70% of transactions in Africa, there is still a long way to go. Internet penetration in Kenya is pretty low, and not all Akoin transactions can be handled by basic phones.

In order to make Akoin a household name, smartphone usage in Kenya will have to increase drastically. Explaining this scenario, Akon told in an interview with Decrypt that he is not too much concerned about the present situation, but believes that Akoin will be of great value in the future as it keeps growing.

He concluded that once people start using the platform, they will acknowledge its ease of use, and will eventually adopt the system. 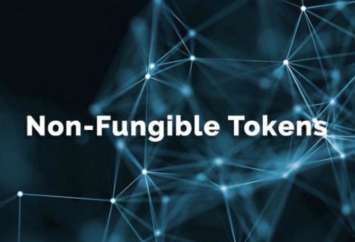 Everything You Need To Know About NFTs In 2021