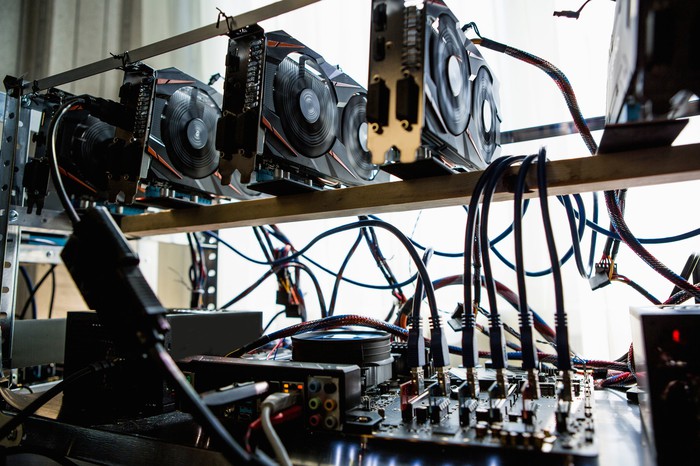 It’s hard to say what the best of the cryptocurrencies available today actually is. Do you invest in the grandpappy of crypto, bitcoin? The Nick Szabo’s smart-contract invention, on which ethereum and others stand?

It’s a veritable minefield of proof-of-work and hashcodes to wade through before you even get to valuation. By the time you do the research you think you need to be an expert on any new cryptocurrency, you might feel your ship already sailed.

Join us as we hash out your crypto market investment guide for 2020! No need to worry, we’ve done the research for you. It does come down to you and your needs, however, which you’ll have to assess by yourself.

Enter: The Cryptocurrencies to Watch

There are about 2000 cryptocurrencies now in the market, and it’s impossible to research them all thoroughly. Not to mention that many could be scams trying to cash in on a fraudulent ICO.

The top reliable crypto to watch are:

That’s seven different cryptocurrencies to keep your eyes on or invest in. 2020 is a crazy year in many respects. The geopolitics going on with semiconductors, electronics manufacturers, and apps—oh my!

The instability of the problems with COVID-19 and everything else is driving people to places other than fiat currency.

If you’re still wondering about what bitcoin is, this article can clear up a lot of it for you. To say that Bitcoin is reliable is a mixed bag. It’s as reliable as crypto can be, and now has a value per bitcoin is currently five times higher than gold.

Even gold isn’t standing up today as a store of value.

Why? Because if you buy gold, you can’t keep it on your person or in your home without a lot of security. It can’t be traded or moved easily as an asset across borders easily either.

Add to that, you might get COVID-19 by touching it.

So Bitcoin, then, right? True, the price has exploded since 2020 started, and it just finished its 4-year “halvening” cycle on May 11, 2020. This means that by 150 days out, it definitely will have a higher value by means of inflation control kicking in.

But there’s more to the world than bitcoin.

Ethereum this year also hit a milestone. The value contained within ERC-20 ethereum tokens overtook the value of the “ether” (ETH) currency.

The difference to remember here is that unlike bitcoin Ethereum is a platform. That platform contains its own currency, ether, to perform transactions and pay for it with “gas.”

There’s a big controversy right now with how that system works, compared to something like Amazon’s AWS to perform some similar tasks. Regardless, ETH is also increasing by leaps and bounds.

ethereum2.0 is also coming soon, according to developers. So we’ll see.

What Are the Alternatives to bitcoin and ethereum?

Ripple is a great alternative, as it acts as a kind of middle-man for banks and other payment providers. They exchange these XRP tokens with each other and send money on a global scale easily.

This kind of network makes it the third-largest market cap of all the cryptocurrencies, behind only ETH and BTC. This network is valued more for its digital payment platform currently than it’s XRP currency.

So far, the only crypto that is truly only a currency that we’ve considered, is bitcoin BTC. But it doesn’t allow for seamless transfer of funds between BTC and ETH, USD, or CNY. This is where Ripple’s XRP shines, and why banks are loving it.

Litecoin is similar to BTC in many ways. It has a ceiling of 84 million coins, to bitcoin’s 21 million (four times more for your math whizzes). It also generates a block in 1/4 the time at 2.5 minutes.

It’s transaction fees are incredibly small, the computational power to process a block is much less, and it performs more transactions in a shorter time. A litecoin transaction only takes 0.001 litecoin, no matter the transaction size.

It’s still fairly immature, though it can run at 4x faster a rate than bitcoin, which it is based on.

This brings us to “bitcoin cash” or BCH. A fairly new emergence of bitcoin, it’s a hard fork from the original bitcoin branch that occurred in August of 2017. This is a fork that allowed for larger block sizes, allowing for more transactions to be processed per block.

This is important because blocks are only updated every 10 minutes. The reason for the fork was because of scalability issues and unexpected hash-pooling and mining operations. Larger blocks mean more data to crunch, and it means that only the more powerful pools and mass-miners can compete in mining.

Tron is the closest to a direct competitor of ethereum, and is a blockchain peer-to-peer network with its own currency, Tronix (TRX). What Tron hopes to do is eliminate the agent or middle-man between content creators and content consumers.

Apple, Netflix, Google, Amazon, and others are agents that allow people to subscribe to their service. The money only partially goes to content creators as commission when users watch, listen, or read the content on the platform. Most of the money stays with the agent.

Anyone can host digital content on the network and pay the content creators directly. Tron aims to take power from a few and give it to all. Thus the reference of Tron, a great sci-fi, done in a digital landscape where slaves are freed in a sparticus-like fashion.

The downside to how Tron (and Tronix) works is that you cannot exchange TRX directly with fiat currencies, and need a cryptocurrency middle-man, darn it all.

EOS is a flexible development environment, again directly competing with the likes of ethereum with smart contracts and dApps or decentralized applications. It’s a platform, plain and simple.

Developers use tokens on this platform to use network resources, run apps, and build them. They can even rent out their resources to others.

In this way, it is more like a “distributed operating system” than a simple development platform like Github. It’s kind of a Frankenstein’s monster of an application store (Amazon, App Store, Play Store), OS, and development environment.

We told you, cryptocurrencies are complex.

They aren’t just simple fiat currencies most of the time. In fact, only two of the “cryptocurrencies” listed here are not platforms, but compete directly with fiat, Bitcoin and Litecoin. On top of that, they even have their own forks like Bitcoin Cash SV.

If this helped you to get a grip on types of cryptocurrencies in 2020, and the cryptocurrency market in general, we’ve accomplished our goal.

Make sure to check out our other guides and articles, before you take your next step!