Wells Fargo is again under a trouble, last month, the US Treasury Department announced a $349 billion forgivable loan plan for small businesses, so that they can keep paying their employees amid the economic crisis brought about by the global pandemic. However, the fund ran out of money last week.

In this scenario, a Californian company has filed a class-action lawsuit against Wells Fargo, alleging it of prioritizing businesses demanding large loans. According to the lawsuit, Wells Fargo has processed loan applications made by small businesses Coronavirus relief under the Paycheck Protection Program, on a first come first serve basis. The lawsuit filed on behalf of some small business owners cited this treatment by Wells Fargo as unfair.

It alleged that, by processing only large loans, Wells Fargo aims to collect millions of dollars in processing fees. It further stated, “Making matters worse, Wells Fargo concealed from the public that it was reshuffling the PPP applications it received and prioritizing the applications that would make the bank the most money.”

Also Read: Tech Startups, Including Haus, Are on the Field for Good in This COVID-19 Situation

However, the bank has argued that it plans to distribute the processing fee received from the loan sanction procedure to charitable organizations.

Last month, CEO of the company Charlie Scharf released a statement saying, “While all businesses have been impacted by this crisis, small businesses with fewer than 50 employees and nonprofits often have fewer resources. Therefore, we are focusing our efforts under the Paycheck Protection Program on these groups.”

The US Small Business Association recently released a report that strengthens the lawsuit considerably. It would be interesting to note how plaintiffs handle the situation.

5 Million Unemployment filed by US Citizens Amid the COVID Pandemic 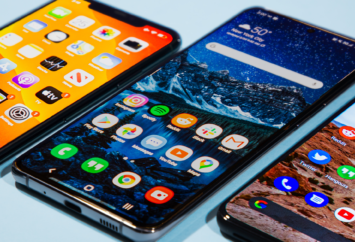