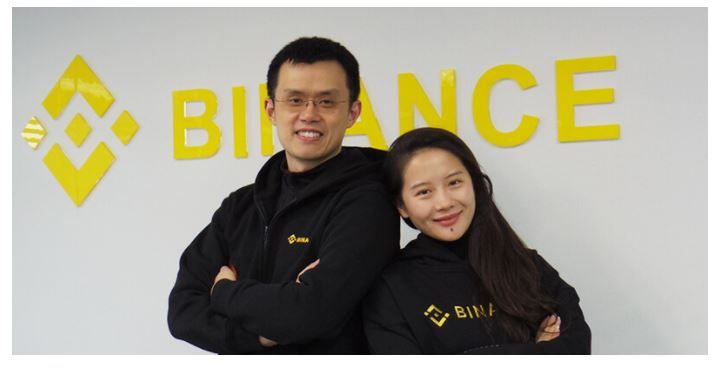 In the past decade, we have seen a drastic rise in the price, usability, and consequently, in the popularity of cryptocurrencies. It was in early 2011 when Bitcoin started rising in value significantly. It started off with a value of a few cents, to a few dollars, to a few hundred dollars, and finally now to a point where the value has gone up so high, that the average investor cannot even think of buying a single coin. Today, people invest in fractional shares of high-value cryptocurrencies such as Bitcoin. The immense success that Bitcoin has enjoyed has also pushed others to create their own currencies.

However, amidst all the hype about cryptocurrencies, there is another very significant factor operating in the background that facilitates all these currencies and all the trading that takes place; the exchanges. When it comes to cryptocurrency exchanges, Binance is one of the oldest, most well-known, and most highly-valued exchanges of them all. It has enjoyed a reputation for being the most accessible and user-friendly exchange globally. It offers its users all the information and services that they would need to trade digital assets and make calculated decisions. Moreover, it is also home to nearly every major cryptocurrency and, recently, it has also been expanding its reach to bring more digital assets to the traders. This means that anyone who is looking to invest in digital assets can get a one-window solution when they work with Binance. As is the case with any new technology, changes occur as the technology enters the mainstream and problems are ironed out. Binance is no exception. As more problems have surfaced and more user-oriented challenges have come to attention, a few notable changes have been made. If you are looking to invest in digital assets through Binance, here are a few things you should know.

The main advantage when using cryptocurrencies has also become the main drawback. Cryptocurrencies afford both the seller and the trader a level of anonymity and a high level of security due to the inherent structure of the blockchain and the way that trades are executed. However, this is a major problem for regulatory bodies such as governments. This has led the government to ban the service altogether, and in several countries, including Italy and the UK, Binance is no longer an option for investors. Since there is so much decentralization and anonymity, there is no way for governments to check where the money is coming from, where it is going, and what is being done with the capital. For someone with ill intentions, this is the perfect framework to use to transfer money across the globe.

Companies that own and manage cryptocurrencies and the exchanges that facilitate their trade have kept a close eye on user behavior and user requirements. At the same time, the nature of the cryptocurrency market and the traded assets has also changed. Blockchain has become more prevalent as a technology, which has impacted the cryptocurrency market as well. Many exchanges, including Binance, have changed the way their platforms operate and the variety of services they offer. For instance, Binance also offers an in-depth analysis of the assets that are traded on the platform. Moreover, they are consistently changing the laws and regulations that protect the traders’ rights and the rights of the companies whose assets are being traded. If you are looking to get the most out of the platform, make sure you stay updated with these changes.

As cryptocurrencies have gained momentum, people have realized that digital assets that have real-world value are something that people are interested in. Initially, they were received with some criticism but the developments that have made them safer and more reliable options have won the trust of the masses. In fact, Binance is now offering a new token that is linked to the Italian football club Lazio. In the past, Binance introduced a token for AC Milan that was very successful. In the future, the platform is also considering adding options for trading other kinds of digital assets such as NFTs. You have more than just crypto to look into if you want to trade digitally. In fact options such as NFTs can actually be more profitable than cryptocurrencies.

The concept is very similar to more traditional assets such as stocks when trading digital assets. The higher the volatility, the higher the profitability, at the same time the higher the risk of loss. The key thing is to know what you are getting into and the long-term repercussions of that asset. The only additional thing to look into when trading digital assets is the exchange platform that you use. You can use no strategy to bypass the changes that exchanges make, so your best bet is to keep an eye on them and work around them as they happen.