The activity between the US and China over technology transfers has outlined a bit of loser over the recent past. There are a few US companies that unfortunately missed out on business in terms of sanctioning the Chinese group that has to search for other effective suppliers. Moreover, there is only a sole group who has reached to the winning line. At the start of 2019m Washington has majorly used sanctions to reduce China-based companies from supply chains, denting the telecom based companies. China’s supercomputer groups and eight of the emerging countries are focusing on improving and refining artificial intelligence surveillance companies. Moreover, most of the policymakers in Beijing, the increasing trend is decoupling the two countries tech supply chains.

Discussing the current scenario of the industry, China is approaching the decisive shift as Beijing is moving ahead with the major driving factors for technological advancements to upscale the control over their in-house supply chain management in terms to avoid political risks and threats. To gain a full-fledged technological autonomy, Beijing is considered as the most effective strategy maker which understands the accurate balance between growing engagements with the audience and when to shut down the same. Considering all the remaining accusations, China has considerably witnessed stealing technology from other countries. Thus, China is focusing on to approach the overseas market for skillful heads and talents for more investments in the technology industry in several other countries and not the US.

The advancements and pace of work from China will surely affect the US groups who had business with China customs previously and it will considerably initiate to reconfigure the tech supply chain all across the globe. As China-based companies are focusing on supplying to other countries for safer business, the two potential powers are bullying countries where the purchase and make business for better sales.

Yan Ming, Director of China Computer Federation believes that there are more people associated to brainstorm how they can rely on some leading technology companies from the US rather than trusting any of the other new countries.

In the press, it has been concluded that China’s fears are unjustified. In the month of November last year, the US commerce department comes up with an approach of ruling the agency to examine every particular transaction which is related to information and communication technology. The US officials have responded to national security fear with a huge range of China-based companies from software tech giants Alibaba and Tencent to the state-owned China Railway Rolling Stock Corporations. This corporation is estimated to reach $1 bn contracts with the Washington DC subway.

However, this concludes that almost all the host of China-based companies are assessing their presence in US-based technology companies and strategizing to cut them off. Hardware is considered one of the biggest loopholes in the design and manufacturing semiconductors, where China is still slowing down and far behind the US in terms of high-end chips. It is still trusting in the US for software, from Google’s mobile apps for Android phones- which are currently providing absence from Huawei’s smartphones. 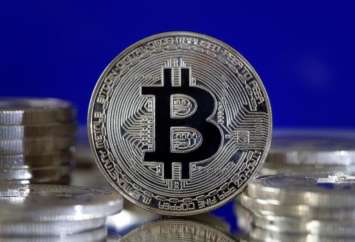 Is Bitcoin Mining A Good Investment?