The US Treasury Department has issued an ultimatum for public traded companies that received loans under the Paycheck Protection Program to return the money by the 7th of May, or they will have to face dire consequences.

Recently, the PPP fund (with an allocation of $350 billion) ran out of money. Yes, the fund was soon to be replenished with additional capital.

However, the small business association has complained that lenders have only prioritized large loan requests while ignoring those of small businesses. Moreover, large companies have been criticized heavily for taking out money from the fund, which ultimately led to the fund running out of money.

Thus, many small businesses for which the fund was actually prepared in order to help them sustain amid the COVID-19 related economic crisis, could not access the funds.

In its report, the US Treasury Department has stated, “Borrowers must make this certification in good faith, taking into account their current business activity and their ability to access other sources of liquidity sufficient to support their ongoing operations in a manner that is not significantly detrimental to the business.

For example, it is unlikely that a public company with substantial market value and access to capital markets will be able to make the required certification in good faith and such a company should be prepared to demonstrate to SBA, upon request, the basis for its certification.”

It further added that if companies which had accessed the loan before issuance of this latest ultimatum, repays it within May 7, then they will be deemed by the “SBA to have made the required certification in good faith.”

Treasury Secretary Steven Mnuchin made it very clear that the PPP program is not intended to help large companies that have access to the market and capital. It is specifically for those small businesses that have the potential risk of closing down amid the crisis.

Before the issuance of yesterday’s ultimatum, Mnuchin had already made a comment stating, “We’re going to put up very clear guidance so that people understand what the certification is, what it means if you’re a big company. To the extent, these companies didn’t understand this and they repay loans, that will be OK, and if not, there will be potentially other consequences.”

Tags: Business, Business News, US, US Government, us treasury department

How to Create a Youtube Intro That’ll Wow Your Audience 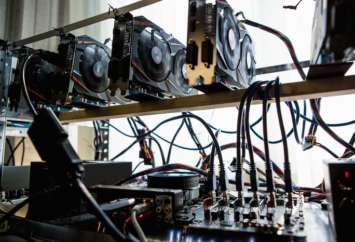 An Investor’s Guide to the Best Cryptocurrencies of 2020