VeChain is a blockchain-based traceability platform. Nike is going to use this platform to provide power the issuance of the limited edition run of their shoes like Nike Air Max.

Both Australian shoemaker named Chase Shiel and The Kickz Stand, retailer, has made the partnership. They announce it on 24th June. They will produce a limited run of those sneakers. These sneakers are based on the “SB Dunk” shoe, which was first launched during 2005.

According to their announcement, the shoes will be on sale from 28th June. Anyone can buy them exclusively on the official website of Chase Shiel.

VeChain as a Tracer in Shoes

The Kickz Stand, in a statement, clearly announced its release of Air Max-1 shoes. It is an upcoming shoe and will be available from 24th June. The company tweeted emphasizing that they would be using VeChain’s ToolChain Suite as well as Thor Blockchain in the shoes, which could be traced later.

The Australian shoemaker tweeted that they were making a partnership with the VeChain during November 2019. That traceability platform would prove authenticity.

On the other hand, Chase Shiel shoes are now shipping with the tracking chip of VeChain. It allows the customers to access the product’s information in detail. Even the customers can access the detail by scanning QR codes.

At the beginning of June, VeChain declared its partnership with Walmart, Sam’s Club, and the Shenzhen Yuhongtai Foods Company.

The collaboration with the Sam’s Club will notice an alter in the version of VeChain’s ToolChain Suite so that they can track the variation in food products throughout their supply chain. 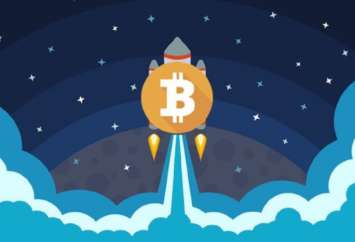