Blockchain and Cryptocurrency in Turkey

Turkey is now adopting blockchain technology and cryptocurrency at an accelerating rate. The country is trying to break its economic ties with the US and to avoid the dominance of the US dollar in the global markets or E-Commerce stores.

The economic condition of Turkey is on the edge of a possible collapse. So, the government and the people in the nation are looking for alternative solutions in blockchain, Bitcoin, and cryptocurrency.

The Turkish people are now looking for cryptocurrency and Bitcoin as an alternative way to their financial autonomy. But the Government is increasing the service development of blockchain and cryptocurrency in Turkey. It may be an excellent way to pull the nation out of the way of the upcoming economic collapse.

Turkish Economic Tension with the US

According to a recent article, published by Forbes, the Turkish economy has hit a state of falling. So, the adoption of cryptocurrency and blockchain can be a better way. Also, the financial reserves of the nation have already depleted, and the economic tension between the nation and the USA is increasing. It sends the Turkish Lira to the lowest level in the entire history.

Amazingly, Turkey has increased the resources dramatically after developing the cryptocurrency technology and blockchain infrastructure, which has indeed saved the nation from an economic recession.

The country is now investing its resources in blockchain research and is encouraging the youth to take education in blockchain technology. It may save the nation from relying on the resources and support of the US.

Emre Aksoy is a strategic advisor to the Turkish government bodies on the crypto adoption. He said that the government is trying to find out another way to the SWIFT system. More than 10,000 corporations and financial institutions across 200 countries are using the system. These countries are using this system to execute their necessary money transfer from anywhere. It is an integral part of the global baking transactions. 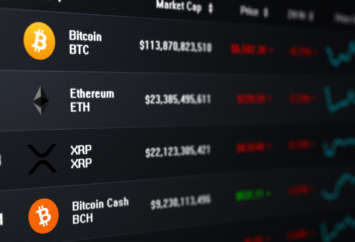 Should You Include Bitcoin in Your Investment Portfolio?